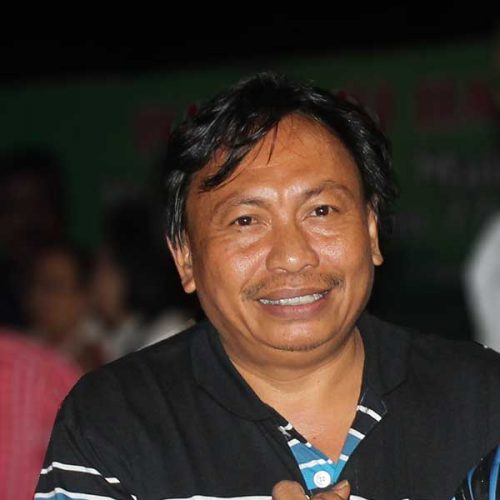 Darwin Sumang a founder of Vacation Indonesia Tours (VIT Tours) He was born in Balaang village, on March 12, 1967  Law Master Degree in 2012, and continue studying on Law Doctor program. Guiding for local tours in Central Sulawesi since 1993 and biding guide since 1997, In 2008 he established a birding Tour Company for organising birding tour for Lesser Sundas included Bali, Sumba, West Timor and Flores, Sulawesi and Halmahera, Central, South and East Kalimantan, and Sumatera. Together a firiend, Nurlin Djuni as a local leader in 2008, 2009, 2010, 2011, 2012, 2013, 2014 organising and guiding the birding tours under Vacation Indonesia Tours while Nurlin Djuni have established the Malia Tours for his own company. VIT Tours and Malia Tours are the partner in oranising the birdwatching Tours in Indonesia. They  are not just birding tours but they  can also organising the trip to Indonesia birdwatching, diving, trekking or culture tours. Duration and Destination depend on the client’s request.

Darwin Sumang visited european countries such as Holland, Germany and French for the International  Tourism Promotion. The Internationale Tourismus Bourse or called ITB Berlin is one of the important event.

Please contact us by email or Whatsapp.
We are online 24 hours from Monday to Sunday.